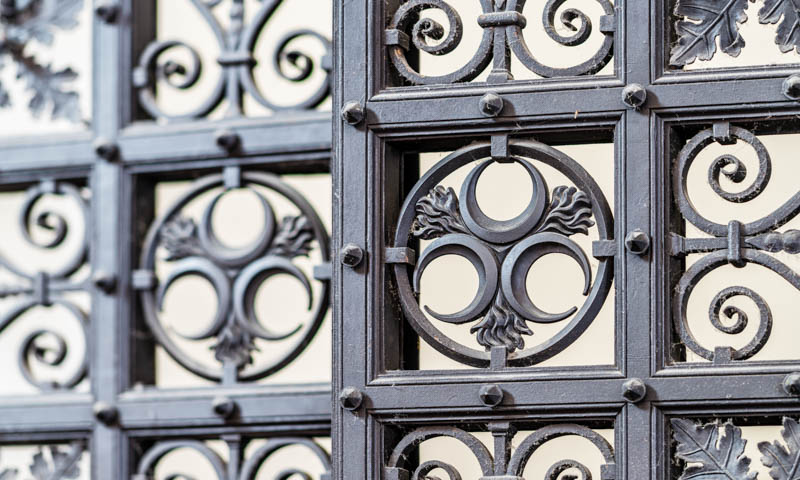 The three crescent moons on the Strozzi coat-of-arms symbolise the aspiration to good fortune of this family that played such an important role in city life both with its patronage of the arts and its banking and mercantile ventures. The Strozzi opposed the Medici and so Cosimo the Elder banned the family’s male members from Florence in 1434. Filippo Strozzi’s exile was lifted in 1466 and on his return home he devoted his energies to building a residence with the ambition of creating the “largest and finest palazzo” in Florence. It took him from 1473 to 1489 to acquire the land “in the most convenient and lovely spot in the city”. Following the advice of an astrologer, the foundation stone was laid at dawn on 6 August 1489 under the sign of Leo. We do not know who is responsible for the original design – both Benedetto da Maiano and Giuliano da Sangallo supplied a model – but the construction site was entrusted to Simone del Pollaiolo, known as “Il Cronaca”.

Palazzo Strozzi perfectly embodies the aristocratic palazzi of the Renaissance used to house the family, with their ground plans so regular that they often required the demolition of pre-existing constructions. Colonnaded courtyards, another new development, lay at the heart of these buildings, their isolation and size conferring a majestic splendour on them and allowing them to stand out in the urban environment.

Filippo Strozzi died before the palazzo was finished and so it was his children who moved in in c. 1505. The huge cornice facing the square was built between 1533 and 1536, but it breaks off abruptly on the opposite side and was never completed due to the political misfortunes that beset the family due to its opposition to Duke Cosimo I de’ Medici. After a long period during which the Strozzi family lived mainly in Rome, the palazzo was renovated by Prince Piero Strozzi between 1886 and 1889. It remained in the family until 1937 when it was bought by the INA, the Istituto Nazionale delle Assicurazioni. After undergoing a huge makeover from 1938 to 1940, it was turned into an exhibition venue and has been Florence’s most important and largest such venue ever since. Purchased by the state in 1998, it was granted to the Comune di Firenze for use, once again, as a venue for cultural activities and exhibitions. The Fondazione Palazzo Strozzi was established in 2006, marking a new beginning for the history of this palazzo which also hosts the Istituto Nazionale di Studi sul Rinascimento, the Gabinetto Scientifico Letterario G.P. Vieusseux and the Scuola Normale Superiore.

Since 2018 the Palazzo Strozzi Museum on the ground floor has hosted two emblematic exhibits: a Model of the palazzo made in 1489, the only model of a private Renaissance abode to have come down to us, and a Portrait of Filippo Strozzi in Lego by Ai Weiwei (2017). Touchscreens host a 3D reconstruction of the palazzo based on a laser scan survey, the history of the building, an archive of exhibitions organised by the Fondazione Palazzo Strozzi since 2007 and information on current and future exhibitions.