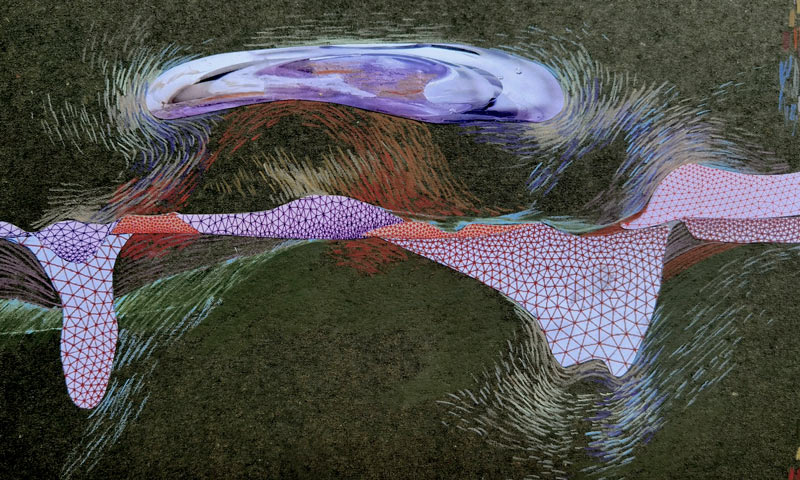 A performace-lecture along scientific lines devoted to the most serious prehistoric climate crisis and to its recent biogeochemical simulation.

To tie in with the Eco-existences: forms of the natural and the artificial exhibition (in conjunction with IED Firenze’s Master’s in Curatorial Practice) artist Eléna Nemkova has devised a performance-cum-lecture conducted by scientist Claudio Garbelli, Ph.D. Earth Sciences Department, Cambridge University and Marie Skłodowska-Curie Ambassador.

The encounter is devoted to the transition from the Permian to the Triassic period some 252 million years ago, a moment marked by the most serious mass extinction ever seen, in the course of which roughly 80% of the world’s land and sea species disappeared. Taking its inspiration from the first scientific performances in Elisabethan theatres and from the travelling conferences held by scientists in Soviet times, this performance immerses us in the immediacy of scientific knowledge.

In the Phanerozoic era a climate crisis froze the mechanisms of the ecological balance: carbon dioxide hung around in the atmosphere in extremely high concentrations – a self-perpetuating crisis – and yet life found a way to make a comeback. How did it do that?

Activity free of charge while places last.
The event will be held at IED Firenze, Via Bufalini 6/r.

Eléna Nemkova was born and raised in a family of scientists in Tajikistan in central Asia and completed her studies in St. Petersburg, in Milan and at the Université Paris VIII. She uses performances, drawings and sculpture to explore the world in tension between advanced scientific studies and the lives of people still driven by primeval instincts. She was a member of the OUNPO interdisciplinary group, cooperating with Dr. Stephen Whitmarsh (Neurosciences, art/sound). Her work has been shown at the Fondazione del Monte in Bologna, at the Museum für Naturkunde in Berlin, at the Elektro Musey in Moscow, at the Spiral Wacoal Art Center in Tokyo, at the Moscow Museum of Modern Art, at the Museo MART in Trento and Rovereto, at the Shargorod Art Center in Ukraine, at the Art Institute of San Francisco, at Palazzo Re Rebaudengo in Guarene d’Alba and at the Museum of New Art in Detroit. She has taken part in the II Industrial Biennial of the Urals in Ekaterinburg, in the II Biennial in Moscow and in the Parallel Programme Manifesta 10 in St. Petersburg. Her one-woman exhibitions have been held at the PERMM Museum in Perm, at the KUNSTHALLE in São Paulo, at the Rong Wrong in Amsterdam, at the AssabOne in Milan, at the Buchsenhausen.lab in Innsbruck and at the Warwick Arts Center in Coventry.

Claudio Garbelli has a degree in Palaeobiology and the History of Life from Milan University. He obtained a PhD in 2015 and went on to conduct his scientific research at the Nanjing Institute of Geology and Palaeontology (CN), studying the environmental conditions which led to the extinction that took place at the end of the Permian period. He is currently working as a post-doctoral researcher at Cambridge University in England thanks to an MSCA-IF project funded by the European Horizon2020 programme, studying aspects of the interaction between today’s climate and biosphere and comparing them with events from the geological past. 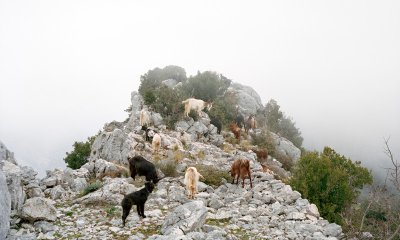 Eco-existencesForms of the natural and the artificial

Eco-existencesForms of the natural and the artificial