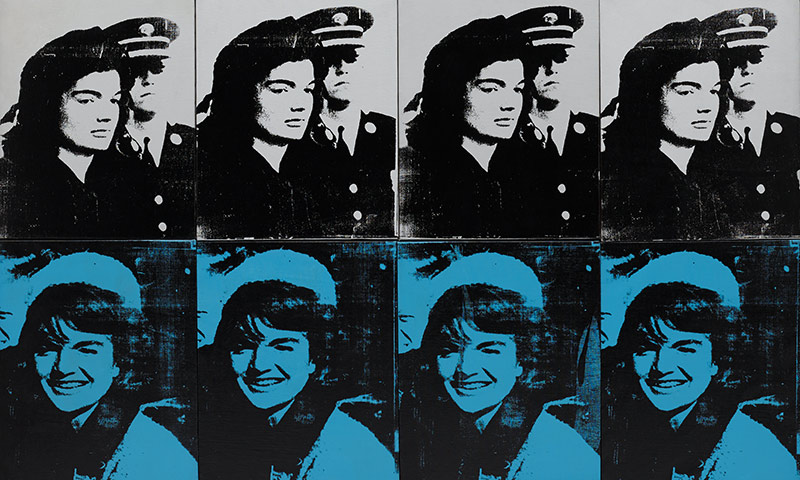 From 28 May to 29 August 2021 Palazzo Strozzi presents American Art 1961–2001, a major exhibition taking a new perspective on the history of contemporary art in the United States. The exhibition brings together an outstanding selection of more than 80 works by 53 artists including Andy Warhol, Mark Rothko, Louise Nevelson, Roy Lichtenstein, Claes Oldenburg, Bruce Nauman, Barbara Kruger, Robert Mapplethorpe, Cindy Sherman, Matthew Barney, Kara Walker and many more, exhibited in Florence through a collaboration with the Walker Art Center in Minneapolis. Exhibiting many formative works for the first time in Italy, the exhibition examines the most important figures and movements that marked the development of American art from the beginning of the Vietnam War until the 9/11 attack.

Curated by Vincenzo de Bellis (Curator and Associate Director of Programs, Visual Arts, Walker Art Center) and Arturo Galansino (Director General, Fondazione Palazzo Strozzi), the exhibition takes an in-depth look at the breadth of American artistic production: from Pop Art to Minimalism, from Conceptual Art to the Pictures Generation – and including more recent artistic developments in the 1990s and 2000s. Paintings, photographs, videos, sculptures, and art installations propose an unprecedented reinterpretation of forty years of history, exploring the role of art as a powerful tool for addressing such topics as consumerism, mass production, feminism and gender identity, racial issues, and the struggle for civil rights.

American Art 1961–2001 traces a path through these formative decades by showcasing the works of 53 artists, including Andy Warhol, whose celebrated painting Sixteen Jackies (1964) depicts First Lady Jacqueline Kennedy in the wake of the assassination of JFK.

The era of the Sixties is witnessed through works by masters such as Donald Judd, Bruce Nauman and John Baldessari, figures who became reference points for subsequent generations of artists to redefine the possibilities of art. Artists of a subsequent generation continued to address such topics as the reframing of the male gaze in the work of Cindy Sherman; the appropriation of mass-media images by artists Richard Prince and Barbara Kruger, the denunciation of the stigma of AIDS in the work of Félix González-Torres; or the disquieting narratives of Matthew Barney, whose 1999 video installation Cremaster 2 is shown in an original setting for the first time in Italy .

A special focus in the exhibition is dedicated to artistic developments of the 1990s and 2000s interrogating American identity and featuring the work of such artists as Kerry James Marshall and Kara Walker.