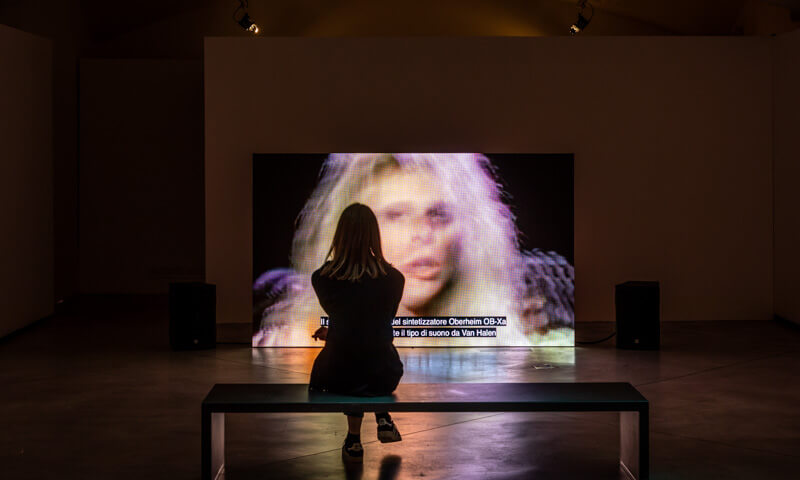 From 12 April to 14 July 2019 Palazzo Strozzi in Florence will be hosting Beyond Performance, a special project with site-specific work by artists Cally Spooner and Mario García Torres and by the Opavivarà! collective: three ways of revisiting the notion of the performance in art today as an interdisciplinary form of expression and experimentation in different contexts and, crucially, involving the audience in the first person.

Cally Spooner (United Kingdom, 1983) will be presenting And You Were Wonderful, On Stage, a large video installation showing the construction of a film based on a musical, in an ongoing alternation between stage and backstage. The lead role is played by a chorus that transforms a meeting in an advertising agency into song, citing such pop culture figures as Beyoncé and Justin Bieber, among others: an ironic reflection on the idea of dressing an issue up and on how the media and technologies can manipulate reality.
Mario García Torres (Mexico, 1975) will be presenting Falling Together in Time, an installation in which video, painting, music, sculpture and performance art interact in a space that will be brought to life by a series of actions taking place without warning. Starting in Los Angeles in the early 1980s, it recounts events and stories from popular and musical culture that interweave and interconnect in random fashion, turning into a tool for reflection on the idea of synchronicity and of significant coincidences in the lives of each one of us.

The Palazzo Strozzi Courtyard will be hosting an installation by Opavivará! from 16 May to 14 July 2019

Bringing the project to an ideal close, the Opavivarà! collective (Brasil 2005) will be turning the courtyard of Palazzo Strozzi into a broad area for participation and involvement with its installation entitled Rede Social, a large and extremely colourful hammock measuring over 10 metres, which the public will be urged to climb into in order to experience the space and architecture of the Palazzo from a new and unconventional viewpoint devoid of all hierarchy.