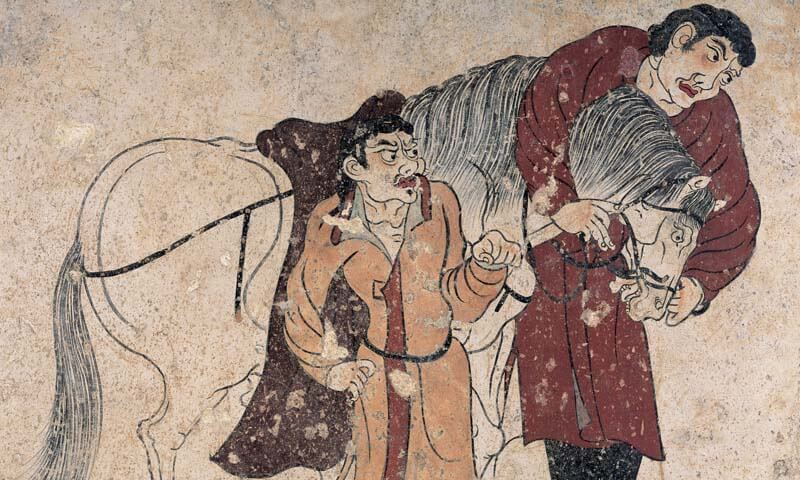 China: At the ourt of The Emperors is a spectacular celebration of China’s Golden Age bringing to Europe over 100 masterpieces dating from the Tang dynasty. Splendid frescoes, spectacular stone sculptures, exquisite gold and silver objects, precious ceramics, vivacious terracotta statues, exotic glass, refined jewels, precious lacquers will be on show, many of which have never been seen before in the West. The Tang era was a renaissance for the arts, crafts and literature, a time of great social, economical and cultural development for China. The Silk Road, linking the Far East to Asia and the Mediterranean, opened China to foreign influences resulting in a remarkable cosmopolitanism which was reflected in the art of the time.

One of the highlights of the exhibition will be the marvellous frescoes that reveal different aspects of Chinese society at that time, the importance of foreigners in the political world, various aspects of costume, women’s fashion, the extremely intricate hairstyles, etc. These examples, when compared to a very rare fresco from the previous Han dynasty (only three have been discovered), not only illustrate the delicate and sentimental language of Tang portraiture but also underline the importance of tolerance in a cosmopolitan society.