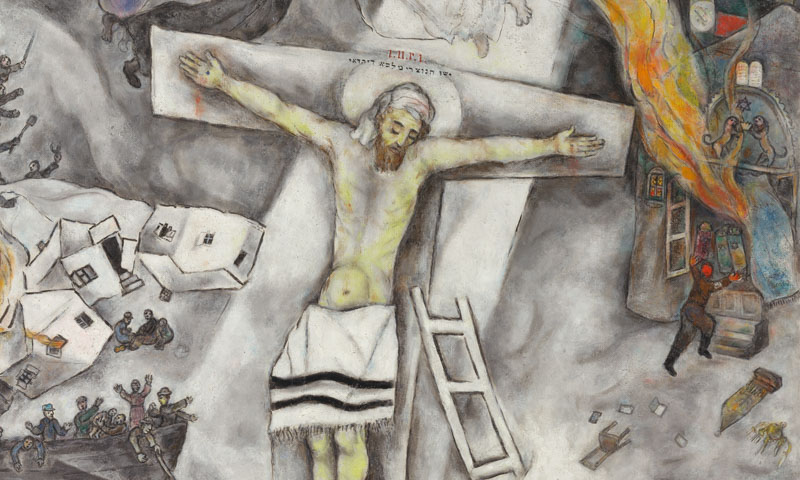 Palazzo Strozzi in Florence will be holding an exhibition entitled Divine Beauty from Van Gogh to Chagall and Fontana from 24 September 2015 to 24 January 2016. This outstanding show, with over one hundred works by well-known Italian and international artists, sets out to explore the relationship between art and religion from the mid-19th to the mid-20th century. The exhibition will be hosting work by such major Italian artists as Domenico Morelli, Gaetano Previati, Felice Casorati, Gino Severini, Renato Guttuso, Lucio Fontana and Emilio Vedova, together with works by such international masters as Vincent van Gogh, Jean-François Millet, Edvard Munch, Pablo Picasso, Max Ernst, Stanley Spencer, Georges Rouault and Henri Matisse.

From Morelli’s Realist painting to Vedova’s Informal Art and from Previati’s Divisionism to Redon’s Symbolism and Munch’s Expressionism, or to the experimental approach proper to Futurism, the exhibition analyses and sets in context a century of modern religious art, highlighting different takes on modernity, trends and occasionally even clashes in the relationship between art and religious sentiment.

The show’s star exhibits will include such celebrated works as Jean-François Millet’s Angelus, on exceptional loan from the Musée d’Orsay in Paris, Vincent van Gogh’s Pietà from the Vatican Museums, Renato Guttuso’s Crucifixion from the collections of the Galleria Nazionale d’Arte Moderna in Rome and Marc Chagall’s White Crucifixion from the Art Institute of Chicago. With sections devoted to the crucial themes in the religious and artistic debate, Divine Beauty will provide visitors with a unique opportunity to compare extremely famous works of art observed in a new and different light, alongside pieces by artists whose work is perhaps less well-known today but who, in their own way, have helped to forge the rich and complex panorama of modern art; and this, not only in a religious environment.

The exhibition, which is the product of a joint venture between the Fondazione Palazzo Strozzi, the former Soprintendenza Speciale per il Patrimonio Storico, Artistico ed Etnoantropologico e per il Polo Museale della città di Firenze, the Archdiocese of Florence and the Vatican Museums, is part of a programme of events devised to run concurrently with the Fifth National Bishops Conference. Pope Francis will also attend the conference, to be held in Florence from 9 to 13 November.

Tuesday at the Movies with Palazzo Strozzi

Tuesday at the Movies with Palazzo Strozzi