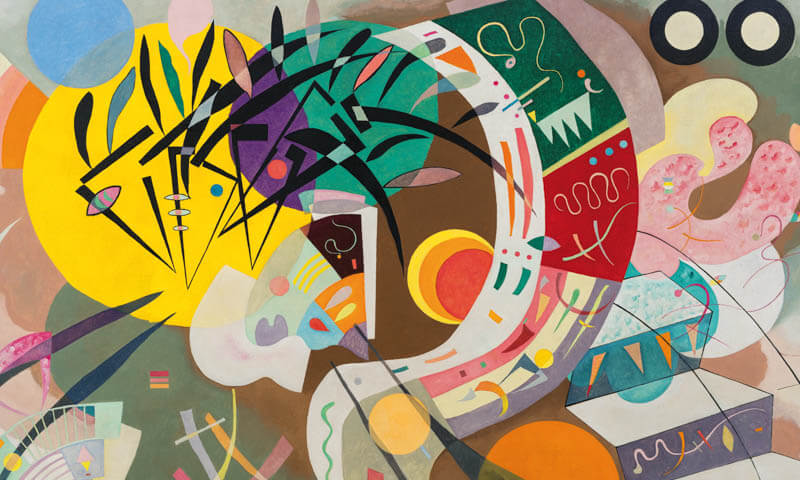 Starting 19 March and running till 24 July 2016, Palazzo Strozzi is to host a major exhibition bringing to Florence over one hundred masterpieces of European and American art from the 1920s to the 1960s, in a narrative that reconstructs the relationship and the ties between the two sides of the Atlantic through the lives of two leading American collectors, Peggy and Solomon Guggenheim.

Curated by Luca Massimo Barbero, the exhibition – the result of a cooperative venture involving the Fondazione Palazzo Strozzi and the Solomon R. Guggenheim Foundation in New York – will be offering visitors a unique opportunity to compare and contrast the crucial work of European masters of modern art such as Marcel Duchamp, Max Ernst, Man Ray and Pablo Picasso and European masters of so-called Art Informel, or “Unformed Art,” such as Alberto Burri, Emilio Vedova, Jean Dubuffet, Lucio Fontana, with large paintings and sculptures by some of the most important personalities on the American art scene in the 1950s and 1960s such as Jackson Pollock, Mark Rothko, Willem de Kooning, Alexander Calder, Roy Lichtenstein and Cy Twombly.

Devoting an exhibition to the Guggenheim collections means telling the fast-paced story of the birth of the Neo-Avant-Garde movements after World War II in a tight and uninterrupted interplay between European and American artists. But producing such an exceptional exhibition in Florence also means celebrating a very special tie that goes back a long way, because it was precisely in the Palazzo Strozzi’s Strozzina undercroft that Peggy Guggenheim, who had only recently arrived in Europe, decided in February 1949 to show the collection that was later to find a permanent home in Venice (discover the exhibition opening photos taken in 1949).

The large paintings, sculptures, engravings and photographs on display at Palazzo Strozzi on loan from the Guggenheim collections in New York and Venice and from other leading international museums, paint a vast fresco of the extraordinarily heady season of 20th century art in which Peggy and Solomon Guggenheim played such a key role.

Palazzo Strozzi at the Institut Français de Florence – From Kandinsky to Pollock. The Art of the Guggenheim Collections

Tuesday at the Movies with Palazzo Strozzi – From Kandinsky to Pollock

Palazzo Strozzi at the Institut Français de Florence – From Kandinsky to Pollock. The Art of the Guggenheim Collections

Tuesday at the Movies with Palazzo Strozzi – From Kandinsky to Pollock