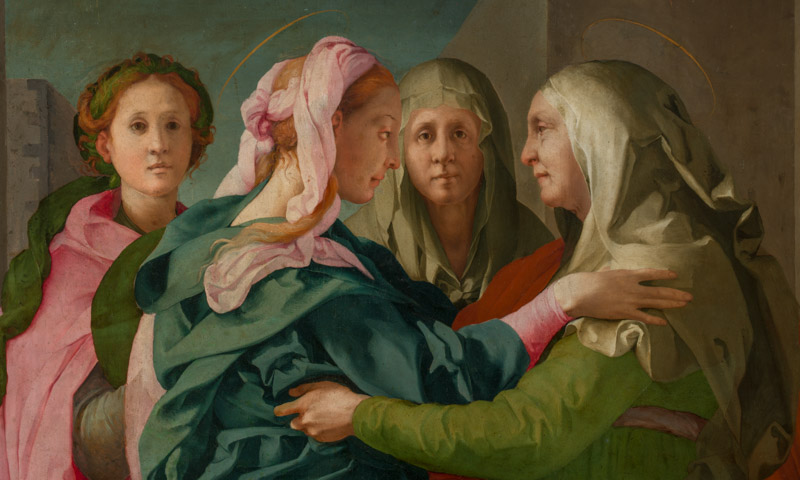 Palazzo Strozzi will be hosting until 20 July 2014 a major exhibition entitled Pontormo and Rosso Fiorentino. Diverging Paths of Mannerism, devoted to the work of Pontormo and of Rosso Fiorentino, the two painters who were without question the most original and unconventional adepts of the new way of interpreting art in that season of the Italian Cinquecento which Giorgio Vasari called the ‘modern manner’.
Pontormo and Rosso Fiorentino trained under Andrea del Sarto while maintaining a strongly independent approach and enormous freedom of expression. Pontormo, always a favourite with the Medici, was a painter open to stylistic variety and to a renewal of the traditional approach to composition. Rosso Fiorentino, on the other hand, was more tightly bound to tradition, yet at the same time he was fully capable of flights of originality and innovation, influenced also by Cabalistic literature and esoteric works.

Mirroring the precepts underlying the Bronzino exhibition, this exhibition opted for a broad and multifaceted overview of the two great painters’ masterpieces, according priority to the formal splendour and lofty poetry of Pontormo and of Rosso Fiorentino so that the exhibition appeals in its clarity not only to the specialist but also to a wider audience thanks to themed sections set out in chronological order.
A unique and unrepeatable event bringing together for the very first time a selection of masterpieces by the two artists in Italian and foreign collections, many of them specially restored for the occasion.

GhiribizzandoFor families with kids aged 7 to 12

GhiribizzandoFor families with kids aged 7 to 12