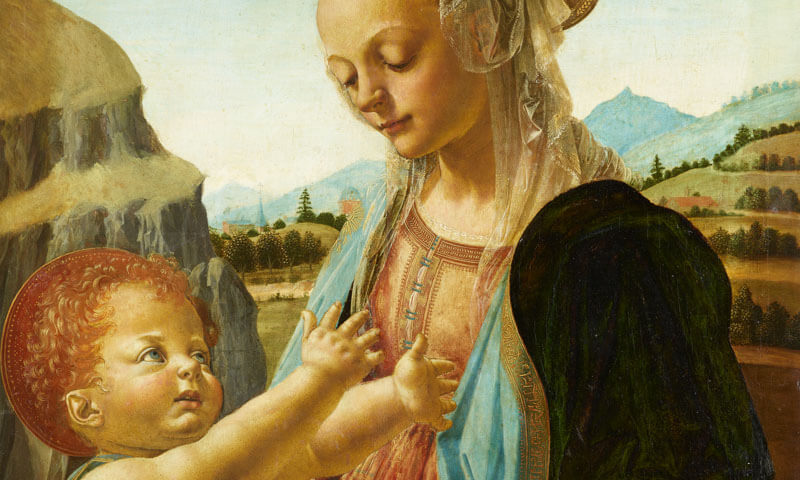 From 9 March to 14 July 2019 Palazzo Strozzi celebrates Andrea del Verrocchio, an emblematic artist of the Florentine Renaissance, in a major exhibition showcasing over 120 paintings, sculptures and drawings from the world’s leading museums and collections, including the Metropolitan Museum of New York, the Musée du Louvre in Paris, the Rijksmuseum in Amsterdam, the Victoria and Albert Museum in London and the Gallerie degli Uffizi in Florence.

The exhibition, with a special section at the Museo Nazionale del Bargello, brings together for the first time Verrocchio’s celebrated masterpieces and capital works by the best-known artists associated with his workshop in the second half of the 15th century, such as Domenico Ghirlandaio, Sandro Botticelli, Pietro Perugino and Leonardo da Vinci, his most famous pupil, also reconstructing Leonardo’s early artistic career and interaction with his master thanks to outstanding loans and unprecedented juxtapositions.

The exhibition, curated by two leading experts in the art of the Quattrocento, Francesco Caglioti and Andrea De Marchi, is one of the flagship events in the programme of celebrations marking the 500th anniversary of Leonardo’s death and is the first retrospective ever devoted to Verrocchio, while also exploring the early years of Leonardo di Vinci’s career and providing an overview of artistic output in Florence from roughly 1460 to 1490, the age of Lorenzo the Magnificent.

The exhibition is promoted and organised by the Fondazione Palazzo Strozzi and the Musei del Bargello in conjunction with the National Gallery in Washington DC (which will be hosting the show from 29 September 2019 to 2 February 2020), with the support of the Comune di Firenze, the Regione Toscana and the Camera di Commercio di Firenze. With a contribution from the Fondazione CR Firenze. Main sponsor: Intesa Sanpaolo.