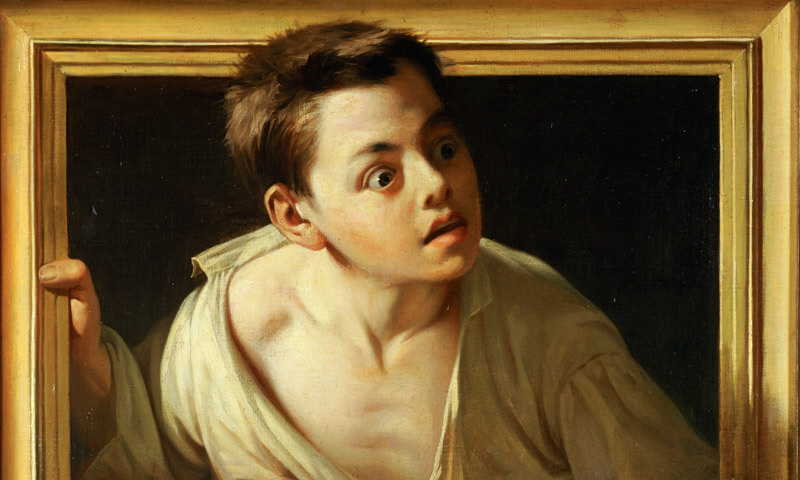 From ancient Greco-Roman mosaics and frescoes to European masterpieces of the 1300s to today, two hundred works from Italian and international museums and private collections tell the intriguing and spectacular history of trompe-l’oeil.

The art of deceiving the eye. The theme of deception, illusion, and the eternal tension between fiction and reality is shown not only in painting, but in the richness it has always enjoyed: sculpture, intarsia, scagliola, pietre dure, porcelain, etc. Examples exhibited include faux armoirs, half-open, with books inside, wood intarsia of small Renaissance studios, scagliola tabletops and stones portraying seemingly prehensile objects, soup tureens and table furnishings in the shape of vegetables, anatomical and botanical wax models.

The exhibit also dedicates a significant amount of space to wall decorations and interiors (detached frescoes from Ancient Rome, where the theme of deception gave life to a school) and to Flemish artists and their innovations in the trompe-l’oeil genre.Among the many curious pieces is the famous cabinet called Scarabattolo (from the Opificio delle Pietre Dure), a painting of the late 1600s, by the Flemish artist Domenico Remps, that shows a collection of natural and artistic objects from the Medici family. Masterpieces by Mantegna, Titian and Veronese will induce the visitor to reflect on the duplicity with which spatial interaction is depicted in painting, whilst the 17th century works of Jean-François de la Motte, and the still lifes of the 19th American realists will allow the visitor to explore subjects frequently encountered in optically deceptive painting, such as hanging letters or panels with papers alongside other objects on them, or the motif of hunting trophies and of various objects hanging on doors and panels.

In addition, works by American artists specializing in trompe-l’œil such as Peto, Kaye, Harnett and Haberle will be on display in Europe for the very first time.