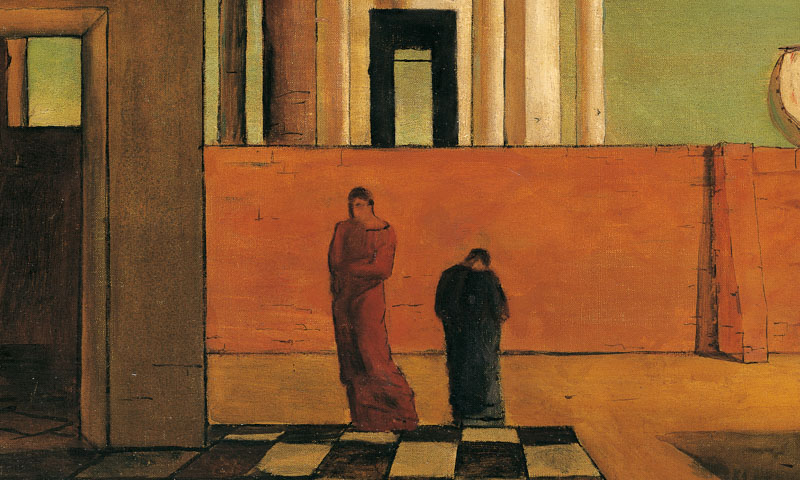 Few Italian artists had such an important impact on 20th century art as Giorgio de Chirico. His ‘metaphysical’ works were like a pebble thrown into a pond, whose waves rippled through the world of art in concentric
circles, becoming weaker in time, but still felt decades later. The young artist Giorgio de Chirico first became aware of a new way of seeing the world while visiting Florence at the age of twenty-one: ‘on a clear autumn afternoon I was sitting on a bench in the middle of piazza Santa Croce […] I had the strange impression that I was looking at all these things for the first time, and the composition of my picture came to my mind’s eye […] the moment is an enigma to me, for it is inexplicable’. This ‘illumination or ‘revelation’—as De Chirico called it—informs his pictures of the 1910s and 1920s. As the century hurtled towards World War I, this experience
of alienation prompted De Chirico—long before his peers—to paint what he called the ‘great silence’. De Chirico’s paintings of windswept piazzas, with solitary figures and statues staring blindly into space, continued to haunt artists long after De Chirico painted his Enigma of an Autumn Afternoon in 1909