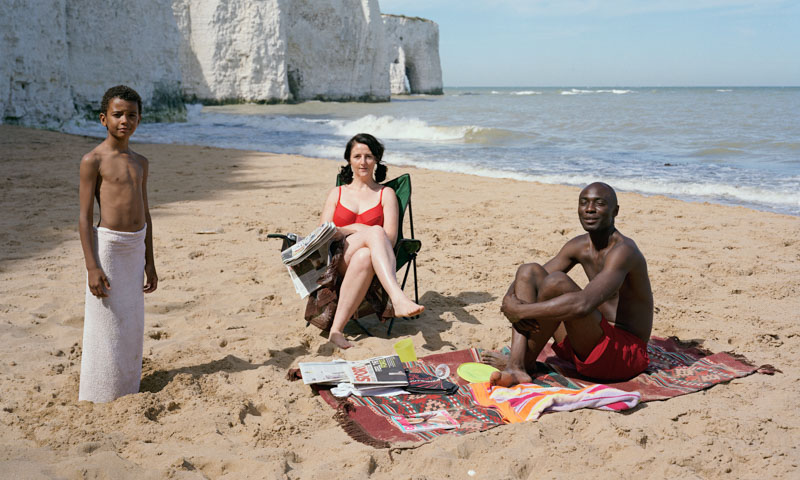 Each individual has his or her own personal experience of family, but when we seek out a shared definition, what do we mean by this term? One of the foundations of this apparently natural concept lies in Article 29 of the Italian Constitution, where it is affirmed that, “the family is a natural unit of society founded on marriage.” However, as sociologist Chiara Saraceno provocatively states, “nothing is less natural than the family.”
The artists taking part in the exhibition prompt a reflection on two principal fronts: the representation of the family and its relational dynamics, an investigation of the image of the family and what really hides behind it. The videos, photographs and installations in the exhibition confront and deconstruct this concept, combining the autobiographical subjectivity of each artist with a search for a collective meaning, reflecting on those cultural, moral, ethical and biological ties that define and characterize a family.  To speak about this topic is to reflect on the contradiction between the individualism of contemporary man and the persistence of social models and relational needs that find a fundamental nucleus in the family. At the same time, the debate on “what is family” is accompanied by an extensive sociological reflection that has identified the family as the primary place of socialization and education, but also as a place of inequality.

This concept has changed over the centuries, always acting like a mirror but also as an active instrument in the transformation of society: from the Latin familias to the concept of noble lineage, up through the nineteenth-century bourgeois family. In recent decades, we are experiencing a further and decisive evolution of this concept. Phenomena such as low birth rates, secularization, the crisis of the institution of marriage, the shifting role of women, and the social and political affirmation of same-sex unions have opened debates and reflections in a re-definition of the image and the functioning of the family itself.
What is its role and what are its representations and meanings in contemporary society? Family Matters creates moments of reflection on the contradiction between the nature and naturalness of the family, on the persistence of traditional iconography and moral principles that lie opposed to the deconstruction and the ambiguities of these values in our times.

The bilingual catalogue (English/Italian) that accompanies the exhibition is published by Mandragora and contains, among others, critical texts by the historian Paul Ginsborg (University of Florence) and the sociologist Chiara Saraceno (Honorary Fellow at the Collegio Carlo Alberto in Turin, formerly a professor at the University of Turin and the Centre for Social Research in Berlin).

During the same period, the Palazzo Strozzi unveils Pontormo and Rosso Fiorentino. Diverging Paths of Mannerism (Palazzo Strozzi, Florence, 8 March-20 July 2014) curated by Antonio Natali and Carlo Falciani, which brings together the masterpieces of the two artists for the first time with works coming from Italy and abroad, many of which have been restored for the occasion.

The exhibition is organized by the Fondazione Palazzo Strozzi. With the support of: