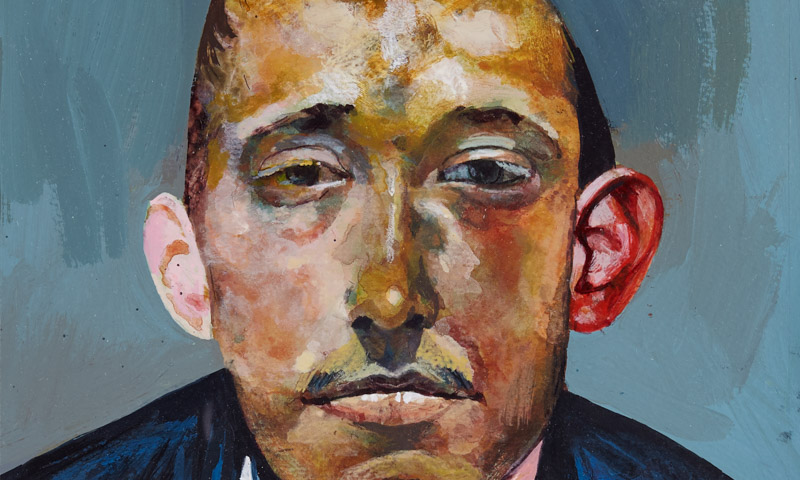 The Strozzina area of Palazzo Strozzi in Florence will be hosting The Columbia Threadneedle Prize 2016 @ Palazzo Strozzi from 1 to 24 July 2016, an exhibition designed to trigger a debate on contemporary figurative art in the work of forty-six international artists selected to mark the prestigious European award known as the Columbia Threadneedle Prize.

Over forty works of art ranging from paintings and drawings to engravings will be coming together to probe the relationship between art and figuration today, taking a fresh look at such traditional genres as portrait painting, landscape painting and still-life. Addressing this theme inevitably means reflecting on the intrinsic value of the artistic image, playing realism off against the abstract and fostering an in-depth debate on our society today as it sinks beneath the weight of an ever increasing number of images disseminated via the new digital communication media. While artists such as Nicholas Holmes, Coll McDonnell and Stephen Read focus on chance, everyday issues and topics from daily life, exploring and extolling the theme of looking in painting, others such as Lewis Hazelwood-Horner, Nicola Bealing and Laura Smith appear to want to rethink the role of painting as a metaphorical tool of the present, at times in a totally dreamlike vein and at others in a profoundly realistic manner.

Palazzo Strozzi is the second venue to host the eighth edition of the Columbia Threadneedle Prize, an award devised and sponsored by Columbia Threadneedle Investments, a leading global assest manager, as part of the support the company dedicates to culture and the arts. The exhibition was first held at the Mall Galleries in London, running from 3 to 20 February 2016, but Palazzo Strozzi will be the first Italian venue to host this prestigious exhibition.

The Columbia Threadneedle Prize 2016 @ Palazzo Strozzi offers Palazzo Strozzi and Florence a unique opportunity to establish new forms of cooperation and to foster an important moment of exchange and debate on contemporary art at the international level. A rich and varied programme of workshops and activities forming part and parcel of the event will be held in the Strozzina for the entire duration of the exhibition, providing an opportuntiy for reflection on the figurative genre in contemporary art and on the relationship between cultural heritage and the contemporary art scene in Italy today.

With the support of