«I thought during that first summer: if I were faith
I would choose you for my fortress» Roberta Dapunt,
The Beatitudes of Illness, 2013

Caterina is at once the story of a project and, at the same time, an artist’s book.

It is an account of the experiment that the artist Cristina Pancini developed for With Many Voices, the scheme that Palazzo Strozzi has devised for people living with Alzheimer’s.
At the same time, it is a many-handed work in which every aspect, from the choice of paper to the impagination and from every single text to the character font used, has been thought out and produced with care and patience.

The experiment took its initial cue from a video entitled Catherine’s Room, a polyptych comprising five small-format screens in which American artist Bill Viola depicts a woman engaging in her daily rituals. Her performance of these actions appears to absorb her totally and to suspend her in an eternal, cyclical present.

Bill Viola took his inspiration for the video from the predella of a panel depicting Catherine of Siena with Four Blessed Dominican Nuns painted in the late 14th century and attributed to the Sienese artist Andrea di Bartolo. St. Catherine is in the centre, the only figure to be shown full-face. In her right hand, in addition to a Crucifix she seems to be holding some letters. Below, in the (false) predella we see scenes from the lives of the beatified nuns, most of them set in the cells in which these nuns lived out the solitude of their holistic mystical experience. 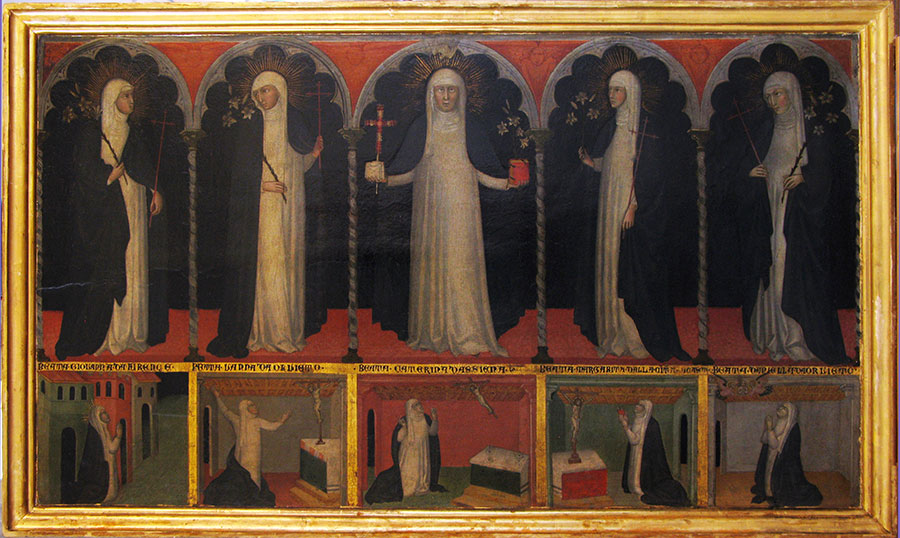 The Caterina project began with the observation of these two works shown at Palazzo Strozzi in the context of the Bill Viola. Electronic Renaissance exhibition (March – July 2017) and with a reflection on the opportunities offered to people with Alzheimer’s of living out their relationship with the world.

As the journey into dementia progresses, the mind is no longer a safe and tidy room; it becomes an unknown space. The world seems increasingly impossible to know. Going out becomes increasingly difficult. Relations with others can be a source of reassurance, amazement or threat, but less and less a source of mutual identification. Yet we need others, we need the world around us, the world outside ourselves. It is the looks and words of others that tell us who we are, that provide confirmation for us of who we are.

A room in Palazzo Strozzi was transformed by four work stations into the territory for a journey, a path for two-way mutual knowledge (each senior had his or her caregiver), a path for discovering corners, ceilings, objects and everything that inhabits a space, including ourselves. The four work stations were focal points for exploring in pairs on the basis of a number of indications provided in the shape of a letter: observing the room to find its endless panoramas; choosing one and photographing it; looking outside (through the window) and recounting what you see or what you imagine must be there (a tale whispered with eyes closed); interacting with a number of objects on a table; looking, touching, moving an apple, a sheet, a needle and thread, a book, a candle, a lampshade or the branch of a cherry tree; writing your own address in an exercise book.

The four spaces also acted as a “waiting room” before passing through the door and entering the last work station, the fifth, where the meeting with the artist took place: a latter-day Catherine. She is a young woman, not as young as the Saint perhaps, but certainly younger than Bill Viola’s Catherine. Like them, she has spent time couped up in her own thoughts and has seen precious little of the world.

Caterina-Cristina sits at the end of the room, beneath a large window. She is looking out. On a table, a notebook, a pen and another letter await each couple. In the letter Caterina has expressed a wish: she wants to get out. What does someone who is about to set out on a journey after being separated from the world for such a long time need to know? Caterina places her trust in the visitors, asking for suggestions based on their experience. This trust revives in the seniors an unsuspected capacity for empathy, for identification and advice. It reveals their genuine desire for relations. Many of them shouldered the responsibility of guiding her. Reviving the tradition of the Album Amicorum, the pages of the notebook soon filled up: “find yourself a good sister”, “smell the scent of a rose”, “don’t lose sight of the sky or sea”, “go, away, move, don’t stop”. And Caterina did get out.

The notebooks accompanied her and guided her on her journey. Like the Saint and like Catherine, she too wrote letters, one to each couple she had met in that room, one for each piece of advice received and each address left. She collected pictures for her visitors and described them with words. With her letters she attempted to get them into their homes.

Traces of the Caterina experiences are collected in this volume, whose vessel is a space, a room, preserving phrases and expressions, writing and images inside it. It opens outwards to recreate and recount the whole story. 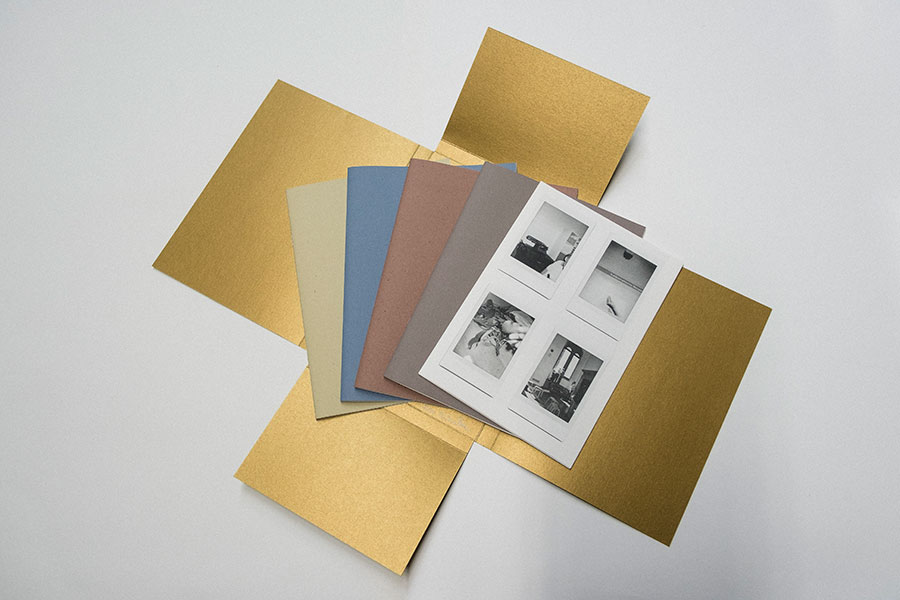 The publication Caterina is the product of a joint venture between:
Fondazione Palazzo Strozzi and Boîte Editions

Caterina is a project devised by:
Cristina Pancini
With Many Voices is a scheme run by:
Irene Balzani, Luca Carli Ballola, Michela Mei