Seventy-five years have gone by since 25 April 1945, when the Northern Italian National Liberation Committee issued an appeal from Milan calling for armed insurrection against the Republic of Salò and the Nazi occupier. That date is commemorated in Italy as a founding moment, as a new beginning in our history after the horrors of war and of Fascism.

Dawn of a Nation – an exhibition curated by Luca Massimo Barbero for Palazzo Strozzi in 2018 – told the story of that rebirth through the eyes and the work of artists who, with their experimentation, their militancy and their political commitment, reinvented the very concepts of identity, belonging and community in contrast with the dark days prior to that 25 April. 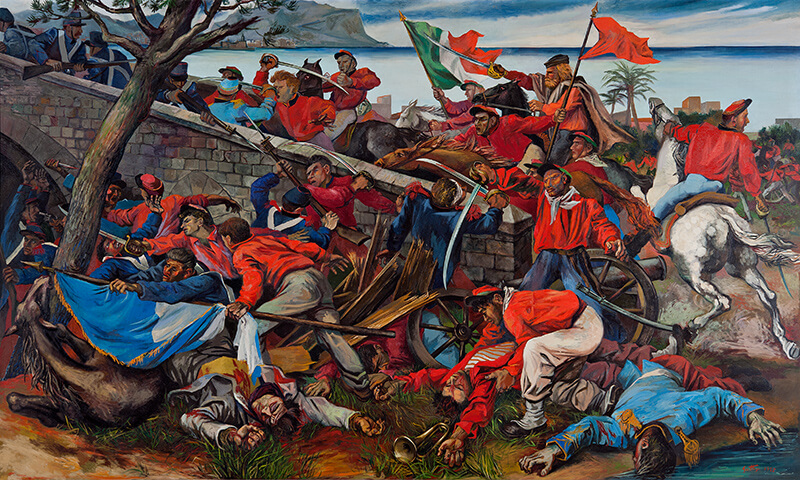 The exhibition drew a parallel between the postwar years and the Risorgimento as a moment of rebirth in which the groundwork was laid for the economic boom that was to characterise the following decade. This is the context that spawned the work of Guttuso, a key figure in the sphere of orthodox Neo-Realism. The painting conjures up an image of the Risorgimento in a contemporary vein, yet its tone and rhetoric hark back to the historical painting of the 19th century depicting a crucial stage in the country’s unification, the victorious clash in May 1860 which set in motion the liberation of Sicily from Bourbon rule by Garibaldi’s troops. Introducing Guttuso’s individual room at the 1952 Venice Biennale, where the first version of the picture was shown, anti-Fascist writer and painter Carlo Levi described the painting as “an original example of popular realism: a mythologising, celebratory, active realism bent on action, imbued to the hilt with movement and with hope.” 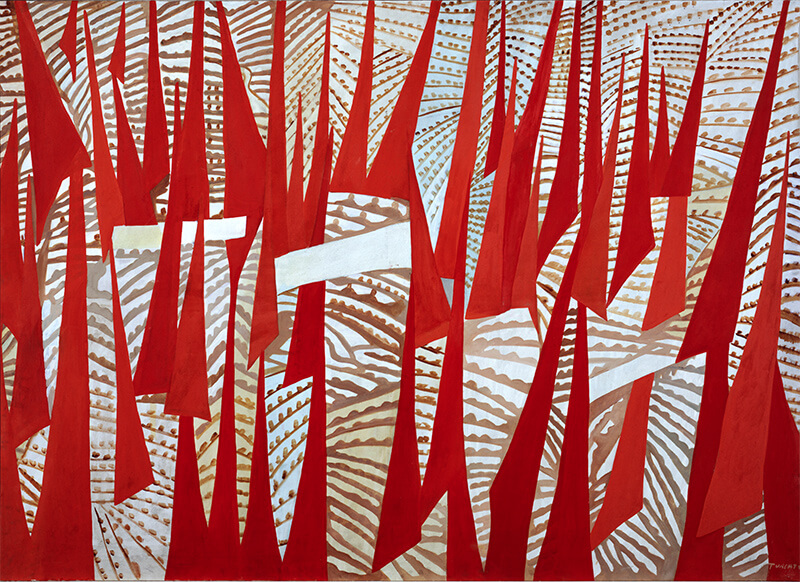 But the immediate postwar years were also a time when the Italian people were very much divided in numerous spheres, as we can see from the institutional referendum held on 2 June 1946 marking the end of the monarchy and the proclamation of the Italian Republic. These divisions were not seen only in the political sphere but also in art, with a fault line that long pitted the most vibrant forces of new Italian art against one another in two opposing camps, the abstract and realist, even within the ranks of the Italian Left itself. Tying in with the First National Exhibition of Contemporary Art at the Palazzo di Re Enzo in Bologna in 1948, the magazine Rinascita carried an article under the headline Indications Against Abstract Painting penned by Italian Communist Party Secretary Palmiro Togliatti writing under the pseudonym of Rodrigo di Castiglia, violently criticising abstract experimentation, which he called a “collection of monstrosities,” “of horrors and of follies.” He was levelling his charges at such paintings as Turcato’s Political Rally, shown at the 1950 Biennale, which uses geometrical abstraction to depict that particular moment in the political struggle. 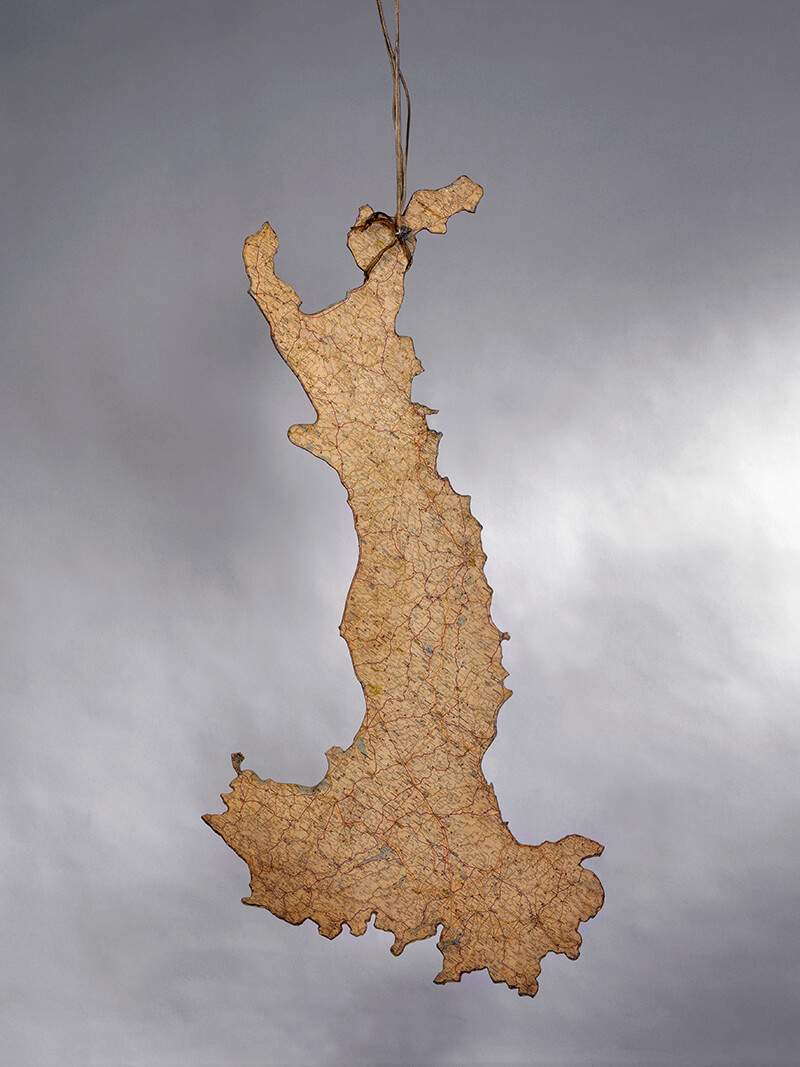 National identity in 1968 – another moment in our country’s history that was as crucial as it was divisive – is a recurring theme in the art of Luciano Fabro who, in his iconic work entitled Italy, uses an iron silhouette of the peninsula with a map glued onto it and the islands on the back, which includes the Autostrada del Sole motorway that opened in 1964.

“I took familiar forms serving equally familiar purposes and I tripped them up: Italy, but hanging in abnormal fashion” (Luciano Fabro, 1978)

The whole thing was turned upside down and hung from the ceiling in a deliberate echo of one of the grimmest and most emblematic images marking the end of Fascism: the bodies of Benito Mussolini and of his die-hard loyalist followers hanging upside down in Piazzale Loreto in Milan in 1945, being held up to public scorn in keeping with the medieval tradition of hanging traitors to their country up by their feet.

Over fifty years after its creation, this upturned Italy not only prompts a reflection on the country’s recent history and on its present, it also acquires a deeper meaning today, when reality itself appears to have been turned on its head. If the Liberation has an identity-related significance, this national holiday today must prompt us to address the new challenges that await us when we emerge from the crisis and to make every effort to contribute to our country’s rebirth.