22 April is World Earth Day, an event established in 1970 and marking its 50th birthday today. The United Nations celebrates the event in its determination to promote a global effort to achieve the goals of environmental sustainability and the struggle against climate change that account for some of the main points on the Agenda 2030 for Sustainable Development .

The Fondazione Palazzo Strozzi has likewise committed over the years to promoting a debate on relationship between the development of human society and respect for our natural environment by hosting exhibitions such as its current show of work by Tomás Saraceno or its numerous schemes for schools.

One of those schemes is Educare al presente. Kicking off in 2011, the scheme offers pathways of exploration and workshops held in upper secondary schools throughout Tuscany. Getting off the ground thanks to the support of the Regione Toscana, in recent years the scheme has attracted crucial sponsorship from Publiacqua and the Water Right Foundation. Thanks to this collaboration, and despite the suspension enforced by the current health-related emergency, school year 2019/2020 has seen some 700 students aged 16 to 19 take part in a series of encounters focusing on issues related to sustainable development and the use of such natural resources as water.

The scheme addresses an issue which is crucial for our future but which, at the same time, is complex and rich in differing viewpoints and in potential for interdisciplinary debate. That is why, in conjunction with our partners and making full use of our mutual skills, we have adopted a two-level approach, viewing the issue from both the scientific and the artistic standpoints. Each pathway in class begins with the analysis of a concrete problem such as the conscientious management of resources and of an area’s water consumption conducted by Publiacqua and Water Right and Energy Foundation experts, offering students a succinct yet concrete picture of the issues on the basis of which we wish to trigger the debate involving a discussion of cases close to our local area. 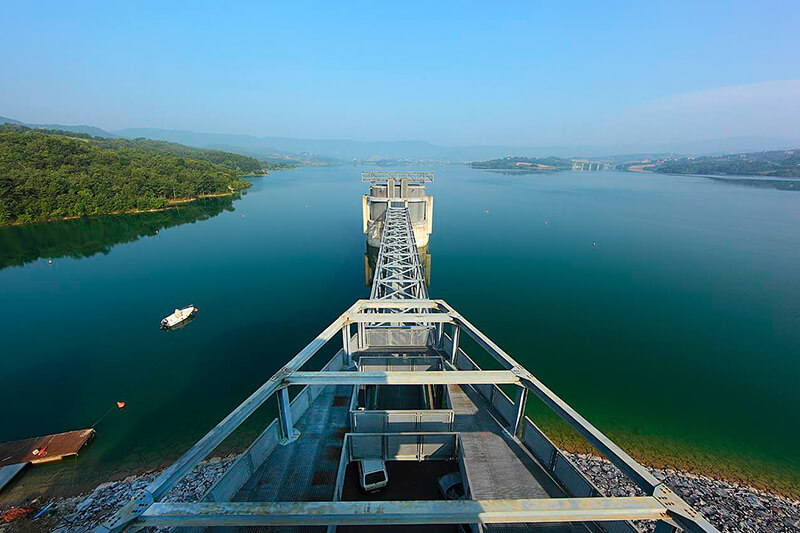 Plant on the artificial Lake of Bilancino
Source: Publiacqua

This encounter is followed by further events in which the debate changes its perspective, adopting the viewpoint and the language of artists who have always considered nature to be a primary source of inspiration for their work. Artist Elena Mazzi helped us to design a workshop based on the work of such leading artists and architects as Marjetica Potrč and Yona Friedman who, along with the examples of Olafur Eliasson, Superflex and Simon Starling, stimulated the participating students’ views and thoughts on the issue, often calling into question the superficial rhetoric that has grown up around the debate on the environment over the years. 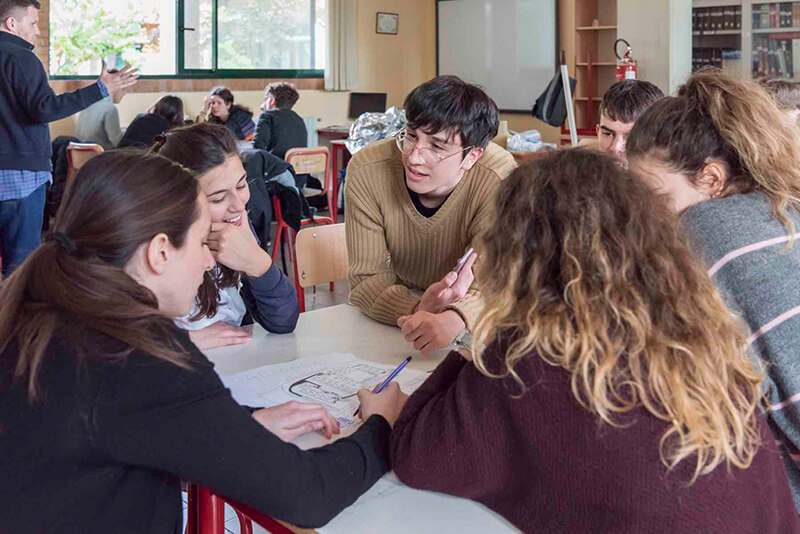 With the help of these stimuli we asked students to observe, read and revisualise their own schools in order to develop new points of balance between the requirements of school life and those of the natural ecosystem of which it is a part, producing what we call architecture/landscapes or organisational solutions midway between a living organism and an infrastructure. Each class produced different projects based on rethinking the use of water in their school, stimulated by the freedom of imagination and critical approach that is such a feature of the work done by the artists discovered in the course of the activities, and embracing the need to think through creative form and gesture, through exaggeration and paradox.

The loss of a basin became an opportunity to water a flowerbed, tears prompted by an insufficiency could be reused to obtain the salt for the teaching staff’s canteen, or a puddle in the playground after a shower suggested the possibility of planning a swimming pool for use during free time. Ideas flowed, triggering unexpected synergies between the optimisation of water resources dictated by the need to economise, and a poetic outlook that addressed reality with only seeming detachment. All the projects produced by each individual class were brought together in a single large composition redesigning school in the context of a new relationship with nature in which water plays a leading role. 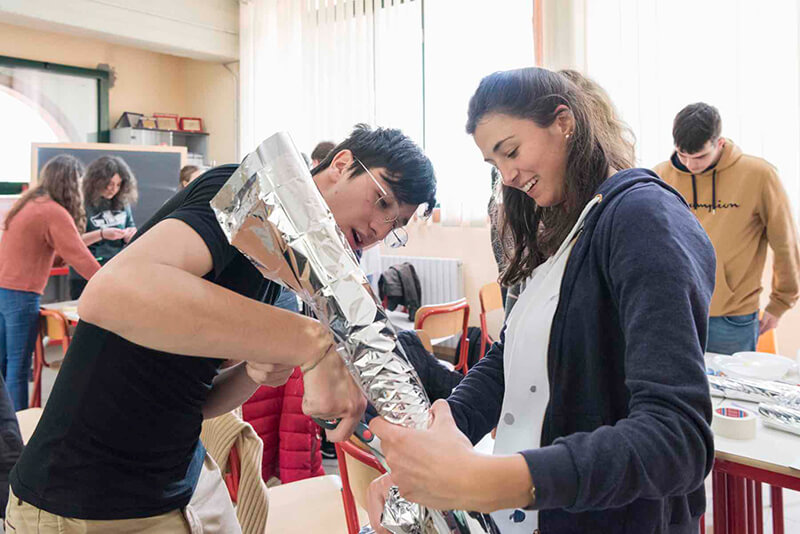 Originally made from poor waste materials, the compositions have been translated by draughtsman Nicola Giorgio into illustrated animations and plates. Each plate illustrates a proposal for rethinking a school complex in which feasibility is suspended between the possible and the impossible.

An example is the project produced by Class 4°G with the Istituto Benvenuto Cellini in Florence, in which water feeds not only the school basins but also a fountain that both imparts a new look to the school quad and guarantees the more or less controlled growth of plants and bushes capable of taking possession of a toilet bowl or of other accoutrements carelessly left lying about out in the open. Added to the picture we see a structure burning in the background, a disturbing image inspired by suspect black stains that the students discovered on the roof of a structure adjacent to the main school building, identified in the course of the research phase that is part and parcel of the activity programme. We are not told exactly what role water plays in the fire, perhaps it is helping to destroy the building in a different way, or perhaps it is defending the building’s temporary stability by partly extinguishing the flames, but what is certain is that in the students’ eyes that same water, together with particles of charred matter, can make its way back into the atmosphere thanks to the heat generated by the event and then fall back to earth in the form of rain before finally being purged of its impurities and returning to its natural cycle.

Rationality and freedom of imagination, planning and chance, the emotional dimension and functional needs accompany the creative debate of those who participated in the pathways of Educare al presente devoted to the relationship between human activity and the natural environment. In the course of the various stages of the encounters, analysis, intuition and planning borrowed the stimuli and the tools of art  to produce unexpected results and transformation scenarios, which is what the future expects of us. We have taken advantage of World Earth Day to tell you about this scheme and to remind your and ourselves that the pandemic isn’t the only challenge we need to face as a global society.

We are currently collating all the reports produced by the classes that have been able to take part in the course of the current academic year. Their reports will be used to produce the illustrated plates of which you can see a small selection here. All the illustrated material will be available for viewing on this page where you can also find further information on the Educare al presente scheme and on the cooperation between the Fondazione Palazzo Strozzi, Publiacqua and the Water Right Foundation.

Reaching for the StarsFrom Maurizio Cattelan to Lynette Yiadom-Boakye