Today, Monday 18 May 2020, is International Museum Day, and this year it is dedicated to “Museums for Equality: Diversity and Inclusion” in an attempt to draw attention to cultural institutions’ crucially important role in serving society and in furthering its development. Palazzo Strozzi has been moving in that direction from day one, including during the current health emergency that has turned our daily lives and our lifestyle on their heads, forcing us temporarily to shut down our exhibition and other public areas. The initiatives we have been working on during the shutdown include ways of reaching out to those worst hit by the situation but who normally taken part in our accessibility schemes, in particular by attempting to “remote-redefine” our schemes for Alzheimer’s and Parkinson’s sufferers. The initiatives have been redesigned to prevent the physical distance we need to keep from one another right now from turning into isolation – to prevent the social distancing we are all talking about from turning into social exclusion. 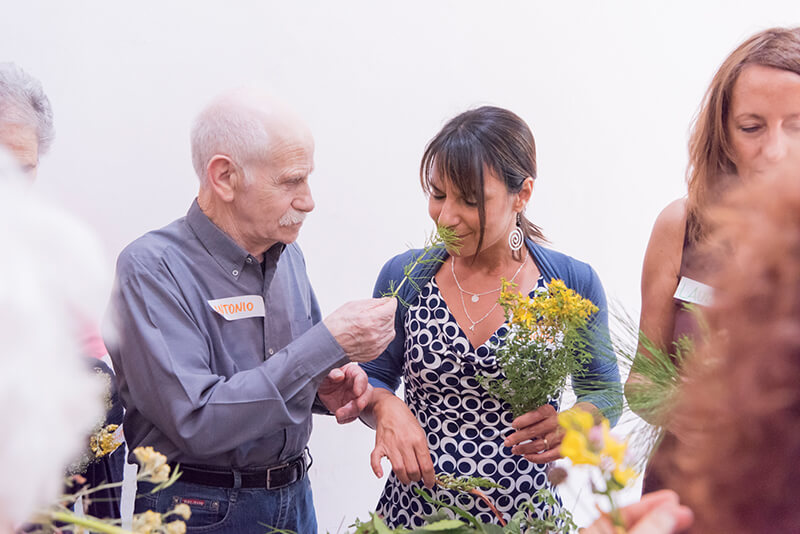 From the day the shutdown began, for our With Many Voices scheme – the scheme we have devised and built with people living with Alzheimer’s and their carers – we have involved all participants, whether living with their families or in medically-assisted and other nursing homes. We have been working with geriatric educators and with the women artists who have cooperated on the scheme over the years in exactly the same way as we do with our activities when the participants are physically present. Our proposal to all of them has been to carry on seeking their inspiration in art and to try staying on line by using e-mail or through a WhatsApp group specially set up for the purpose. Use of a screen, whether it be a computer screen or a smartphone, can turn into something of a barrier for people who are not conversant with modern technology, which is why we reached our decision after much debate and thought in order to ensure no one was excluded. The two channels were used to convey proposals associated with our art projects. Our first invitation was to share what they could see from their window, which in these days of isolation had become their window on the world. Our second invitation was to tell us their story through a corner of their own home.  And our third was to reveal their “domestic herbaria,” the inspiration in this case coming from the Lady with a Bunch of Flowers that we admired in our exhibition on Verrocchio, Master of Leonardo and from the workshop held by the artist Caterina Sbrana to tie in with the exhibition. 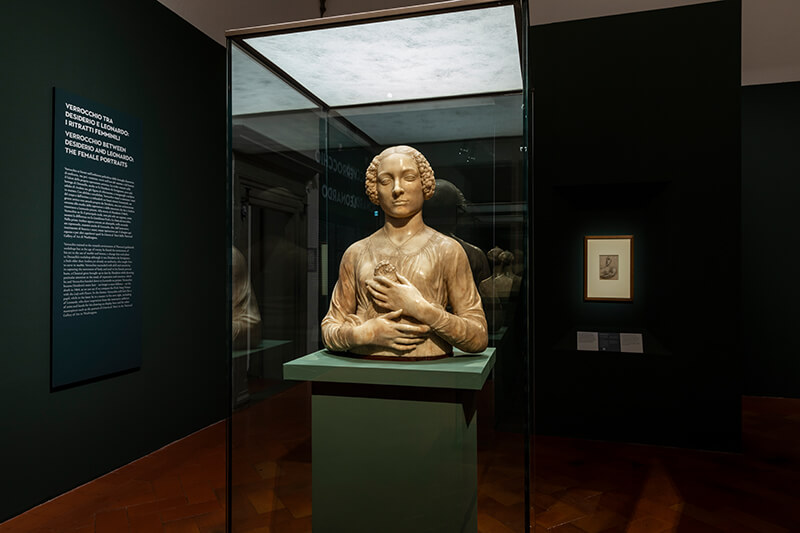 We received over forty entries, including both photographs and texts such as: “I opened one of my grandfather’s schoolbooks – he was born in 1876 – and a small violet dropped out, it was terribly moving”; “I take great care in looking after my allotment”; and “the beauty in small things is what makes me feel strong”. Corners of a garden, vases on a balcony or dried flowers in the pages of a book were all carefully observed, becoming examples of what Le Manifeste du Tiers Paysage author Gilles Clément calls “unwitting art”. This art, he says, “floats on the surface of things. It is an art without status, without a discourse, it is defenceless, it is shown in haste and disappears at once. It is an ephemeral and subtle state of being; sometimes a light, but first and foremost a gaze”. The images and words submitted went on to become the notes for a shared herbarium wher the collective aspect “makes us feel even closer, even less alone”, as one of the participants wrote. All these contributions, collected during the lockdown period, are conveyed into a single story, punctuated by different stimuli proposed from week to week.

Another “remote” scheme was Free Flowing, a scheme devoted to the inclusion of people suffering from Parkinson’s that combines art and the spoken word with dance. In addition to the importance of staying on line, in this case we also addressed the need to lend continuity to the practice of dance which, as many studies have confirmed, is particularly beneficial for people who have to live with Parkinson’s. Stimulated by the work being done by the Dance Well group in Bassano del Grappa, we began to propose activities for doing at home while still working with the dance teachers involved in the scheme. In this case too, debate with participants was of the essence, virtual meetings allowing us to meet up and to evaluate new ideas. This dialogue spawned a plan to try and experiment using the Tomás Saraceno exhibition that most people have not yet had a chance to visit as our starting point. 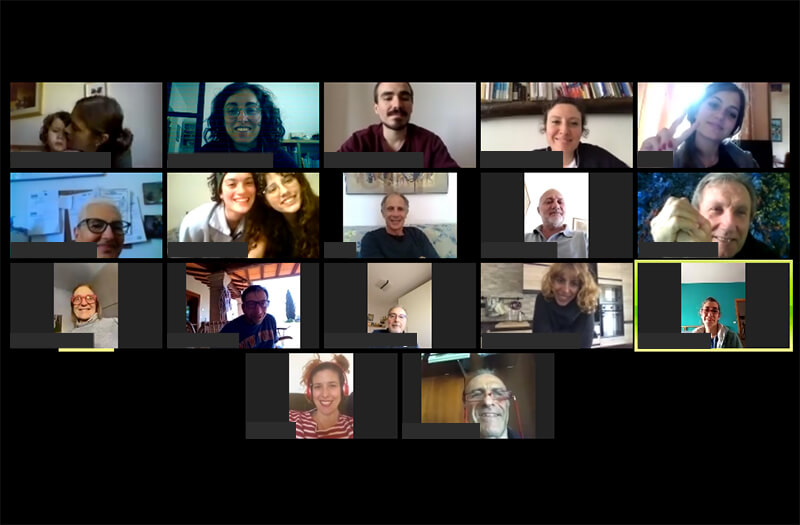 Every Thursday at 15.00, we send out images of one of the artist’s works and two interlinked audio files, one relating to the work of art in question and the other to a dance routine to implement, a kind of physical exercise in remote interaction with a work of art. The scheme does not set out to replace live experience with art in the exhibition halls, which continues to be a crucial starting point, but it does stimulate thought and it opens participants up to new ideas. These ideas, taken up and amplified in the exercises, are used to empower coordination and rhythm, an exercise designed to be performed individually yet all at the same time in order to lend it a collective dimension. 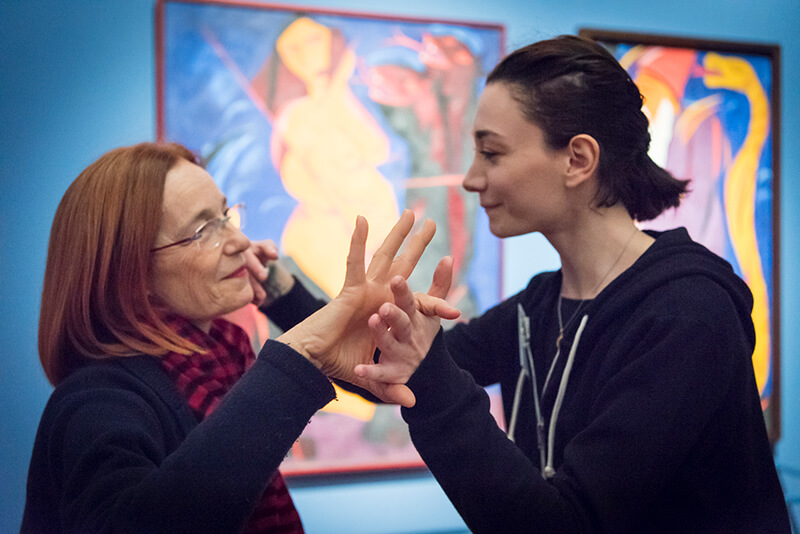 The “remote” versions of With Many Voices and Free Flowing were designed to be only temporary, but they are ongoing schemes that could well be used again in the future to help stay in touch with people who, for whatever reason, are unable to take part physically in the activity in Palazzo Strozzi. Crucial to our institution’s identity, accessibility is a value that needs to maintain its central role in the identity of museums and other cultural institutions. The crisis that we are living through might well prompt us to reflect on finding new solutions, models and potential developments for an increasingly broad notion of inclusion in culture.