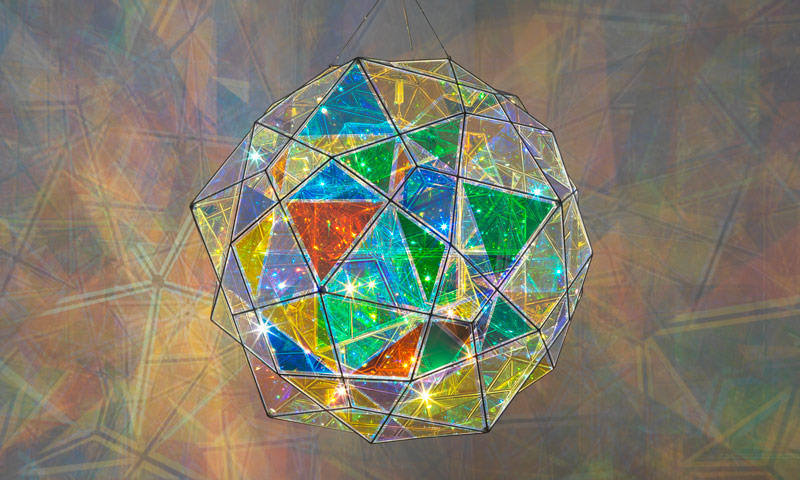 Starting 22 September 2022 the Fondazione Palazzo Strozzi will be hosting Olafur Eliasson: Nel tuo tempo, the largest exhibition in Italy to date exploring the art of Olafur Eliasson. One of the most original and visionary artists of our time, Eliasson’s multifaceted practice places the visitor at the heart of his reflection on the notion of shared experience and interaction with reality.

Curated by Arturo Galansino, Director General of the Fondazione Palazzo Strozzi, the exhibition is a creation of the artist’s direct interaction with the spaces of Palazzo Strozzi. The artist has worked on all of the Palazzo’s Renaissance spaces, from the courtyard to the Piano Nobile and the Strozzina undercroft in a path that features new installations and historic works that combine elements as colour, water, and light to create an interaction with our senses and the Renaissance architecture. The historical and symbolic architecture of the Palazzo is reimagined with installations built around the visitor who becomes an integral part of the artwork.

The exhibition is produced in conjunction with the Castello di Rivoli Museo d’Arte Contemporanea which will be hosting a site-specific installation by the artist from November 3rd, 2022.

Icelandic-Danish artist Olafur Eliasson (b. 1967) works with sculpture, painting, photography, film, installation, and digital media. His art is driven by his interests in perception, movement, embodied experience, and feelings of self and community. Not limited to the confines of the museum and gallery, his practice engages the public through architectural projects, interventions in civic space, arts education, policy-making, and climate action.

Since 1997, his wide-ranging solo shows have appeared in major museums around the globe. He represented Denmark at the 50th Venice Biennale in 2003 and later that year installed The weather project, an enormous artificial sun shrouded by mist, in the Turbine Hall of Tate Modern, London, which was seen by more than two million people. In 2014, Contact was the opening exhibition of Fondation Louis Vuitton, Paris. Verklighetsmaskiner (Reality machines), at the Moderna Museet in Stockholm in 2015, became the museum’s most visited show by a living artist. In 2016, Eliasson created a series of interventions for the palace and gardens of Versailles and mounted two large-scale exhibitions: Nothingness is not nothing at all, at Long Museum, Shanghai, and The parliament of possibilities, at Leeum, Samsung Museum of Art, Seoul. Eliasson’s site-specific installation Reality projector opened at the Marciano Foundation, Los Angeles, in March 2018, the same month as The unspeakable openness of things, his solo exhibition at Red Brick Art Museum, Beijing. In 2019, In real life, a wide-ranging survey exhibition of Eliasson’s artistic practice over the past twenty-five years, opened at Tate Modern, in London, before travelling to Guggenheim Bilbao in 2020. Olafur Eliasson: Symbiotic seeing opened at Kunsthaus Zürich in January 2020, and Sometimes the river is the bridge was shown at the Museum of Contemporary Art Tokyo from April to September 2020. For the exhibition Life, in 2021, Eliasson removed the glass facade of the Fondation Beyeler, in Basel, Switzerland, and conducted the bright green waters of the existing pond into the museum’s galleries, along with a host of aquatic plants and the odd duck or spider.